June 28 - Carnival of the Animals! 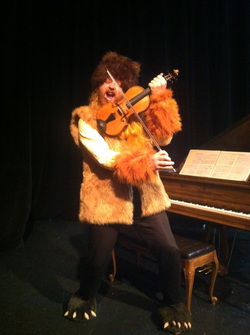 Edwin Huizinga, King of the Lions!
We all had such an incredible time at our first Family concert on Friday, June 28, at the theater in Weaverville.  Earlier in the day we met our two local collaborators, local celebrity Jim French (narrator) and local musician John Whaley (xylophonist), and had our final rehearsal to get the show together.  Then, just before the show, Ian went upstairs to put the final touches on the animal slideshow featuring local artwork.  While he was busy, the rest of the band raided the theater's costume closet, and came up with something for everybody!
Camille Saint-Saens' work The Carnival of the Animals is a suite of 14 pieces for various instruments in the orchestra.  Each piece depicts a different area of the animal kingdom - The Royal March of the Lion (played by Edwin Huizinga, right), the Roosters and Hens (played by the scratching fiddles), the Elephant (Jacob Johnson, double-bass), the Cuckoo (Karla Avila, clarinet), the Aviary of Birds (Elisabeth Lowry, flute), the Pianists (who belong in a zoo... Ian Scarfe of course), the Aquarium, the Skeletons and Fossils (John Whaley's virtuosic xylophone solo), and of course the Swan (Juan Mejia, pictured below).

Slideshow - characters from Carnival of the Animals 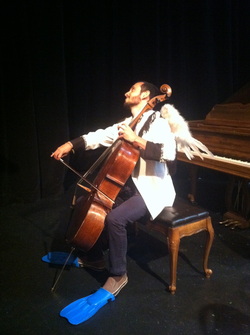 Juan Mejia, The Swan
The music is bizarre and silly for almost the entire piece - instruments are asked to imitate the squawking of roosters, turtles dancing a slow-motion "can-can", and the braying of donkeys.  But a precious moment of inspired music comes near the end, with the story of the Swan.  The legend goes that the Swan is a silent bird - it never sings until the very end of its life.  Then, moments before dying, it shares its song with the world.
Juan Mejia, decked in a sequined white jacket, angel wings, and bright blue flippers, seized this moment and played a Swan-song that none of us will ever forget.  In a heartbreaking moment that seemed to be straight out of a movie, Juan settled in his chair while playing the last note of his piece, and a single feather came off his wing and drifted slowly to the front of the stage. Few eyes remained dry. 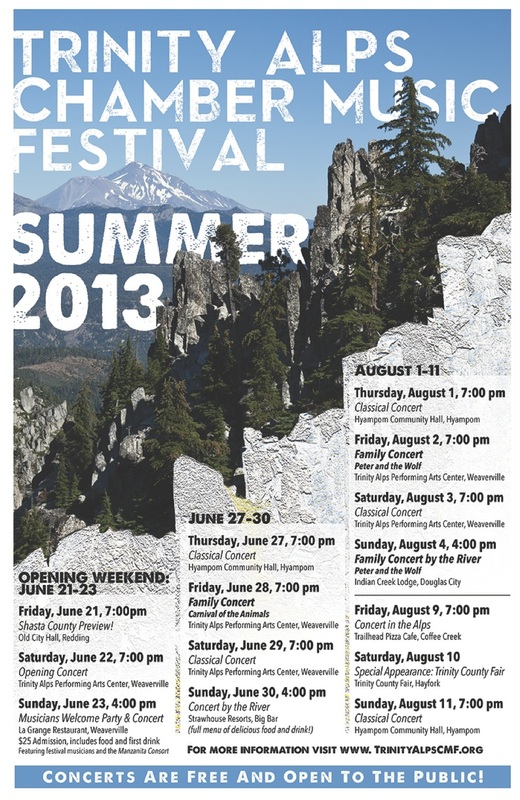